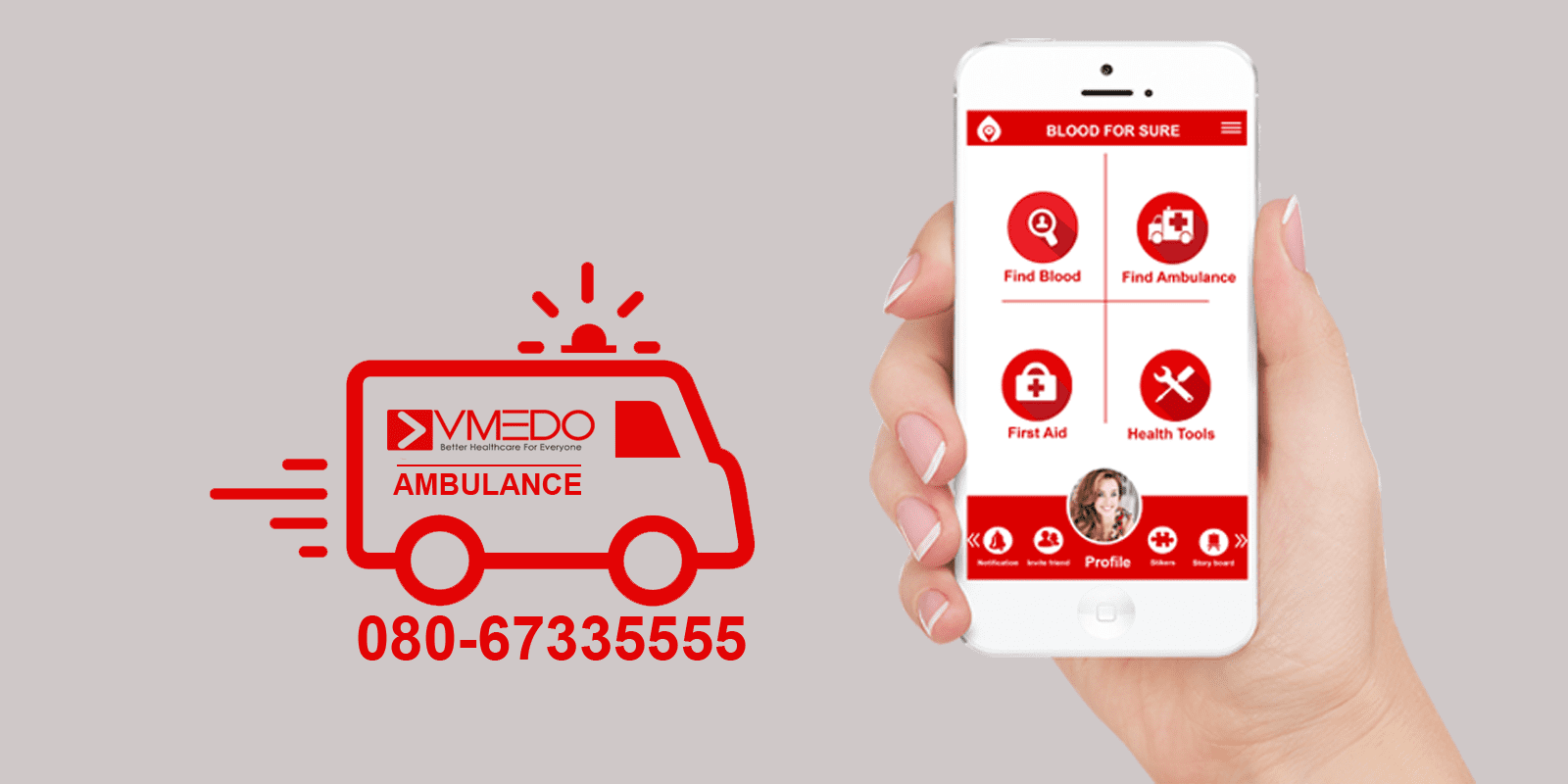 You are enjoying your ride back with your friend from Raasta Cafe when suddenly, a speeding car rams into your bike at a crossroad and drives away without stopping. You somehow escape the accident with minor injuries. But your friend is down, unconscious and bleeding. You are in a state of shock. The few cars on the road don’t even bother to help you. At this moment, all you can think of is to call for an ambulance. The guy you call up insists you to find some other ambulance as his vehicle is pretty far from your place. When you try the other number, he says he will need at least 20 minutes to reach the spot.

Finally, after 30 minutes, the ambulance reaches you. Your friend is losing blood but you are unable to reach the hospital quickly because of a traffic jam on Mysore road. Somehow, after an hour after the accident, you reach the hospital. It doesn’t end there. The doctor says your friend urgently needs ‘B’ negative blood which is a very rare blood group. You call up all your friends and family and most of the blood banks nearby. After a couple of hours of your search, you find a donor. But it is too late by now. The doctor says he couldn’t save your friend’s life.

This situation must have given you Goosebumps, isn’t it?

Theirs is not a unique experience in a city with more than 60 lakh vehicles, where the surge in motorization, poor infrastructure, and undisciplined drivers leave roads gummed up and the few ambulances that the capital has the fight to get through almost unbeatable traffic.

According to WHO’s Global Road Safety Report 2015, India accounts for more than 200,000 deaths due to road accidents. This number is more than people killed in all our wars put together.

Bangalore comes second only to Delhi in the list of most accident-prone Indian cities. Figures suggest that while road accidents claim a life every 6 minutes in India, about 8,000 accidents happen every year in Bangalore alone. According to available data on deaths in accidents, about 60 percent of the deaths occur because, non-availability of medical aid like ambulance, first aid within the ‘golden hour’.

However, the total number of ambulances available in Bangalore housing around 11.7 million people is around 230, going by the available statistics – that means one ambulance for around 50800.

The average response time taken to reach a patient in urban areas is around 14 minutes while in rural areas it is around 26 – 28 minutes. The total time taken by an ambulance from the time it is called is one hour two minutes- which is called the “Golden Hour”. Golden Hour includes the time the ambulance is called for, the patient is picked from the victim’s place, paramedic examining the patient, taking the patient to the hospital and admitting him to the hospital.

The domain of Emergency medical Network is no longer limited to actual in-hospital treatment from arrival to stabilization. It has expanded to pre-hospital care and transportation. This is where we come in. A ‘Smartphone’ with a free App can help in such a crisis. We, at Arera Technologies, have built a mobile application called ‘VMEDO‘, which tries to do its bit towards Emergency Medical Services (EMS).

The VMEDO Ambulance app is designed to have a variety of features. Booking an ambulance is now faster and hassle-free. In a situation, like the one demonstrated above, using this app to book your ambulance is more preferable than wasting crucial time by calling up the ambulance drivers individually. All you have to do is choose between ‘Advanced or Basic life support’ based on the condition of the patient. Then the app uses your current location and lists down all the nearest ambulances in an ascending order of their distances from you. It also charts the shortest possible route for the driver by which you can reach the nearest hospital quickly.

Very often, the life of a patient is at risk just due to the unavailability of blood. That’s why we added a feature to find a Blood Donor. You just have to mention the required ‘Blood type’, and your mobile screen will display a map of the current location of registered blood donors around you, within the radius of 4 kilometers. When you choose a donor, an SMS is sent to them with the required details. You also have the option to send the SMS to everyone on the list. This single feature can reduce the waiting time from hours to a few minutes.

Now imagine the earlier situation with the VMEDO Ambulance app. That friend of yours would have been easily saved from the jaws of death. Wouldn’t you agree?

Sometimes an emergency may not just be a road accident. On many occasions, we see people on roads suffer a cardiac arrest. Also, there may be situations like an asthma attack, a heat stroke or even a diabetic emergency. A few precautionary measures which can be taken by us before the arrival of an ambulance can play a crucial role in saving a life. Our app provides all the necessary information and the first aid steps regarding such emergencies. We made sure this feature is added to the app because emergency medical services not only require prompt transportation to the nearest health facility but also needs rapid assessment of the emergency situation. This feature surely makes the app unique.

Our aim is only one. To save as many lives as possible during a medical emergency. With this app, the battle is only half won. There has to be a widespread awareness about Medical emergency among the citizens. Also, the government policies can play a more important role to achieve the goal of road safety. The recent initiative of the Government of Karnataka of ‘Helmets to the Pillion rider’ is a commendable one. But even better policies can be initiated. Better public transport facilities like metros and Bus Rapid Transit System not only control pollution levels, it can reduce the risk of road accidents significantly.

Finally, a good mobile application and better government policies can still not save a life until the people bring some changes in themselves. A change can be anything. It can be- restraining yourself from driving when you have consumed alcohol. Or wearing a helmet while riding your bike, not for the sake of that traffic police who is waiting to find you, but for the sake of your own safety. Or a change can be to give way to an ambulance on a crowded road. These little changes will surely make this world a better place.

Importance Of First Aid For Drivers

Medical emergency preparedness in your organization

How to transport dead body by flight in India, Domestic and international