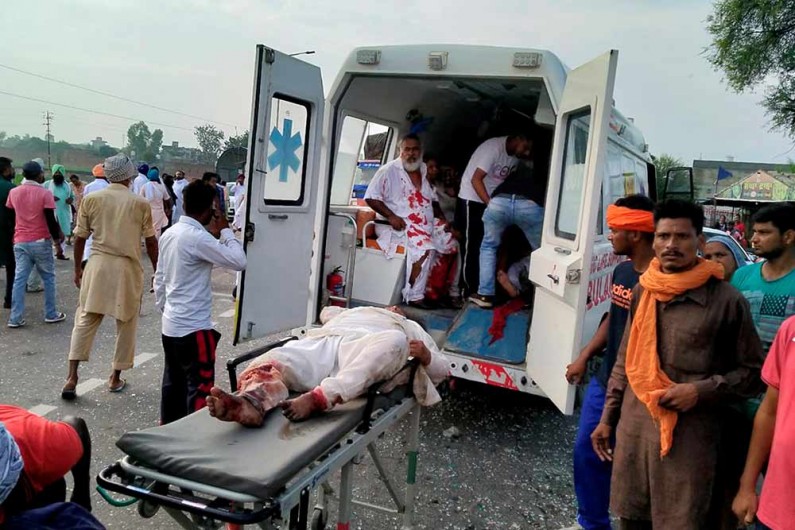 Now you get rewarded when you help an accident victim. Learn about the updates to the good Samaritan law.

Have you ever seen an accident and instinctively felt like you wanted to help but didn’t because you were afraid of the consequences. Well, we won’t blame you because before 2015 you might’ve gotten into legal troubles for even helping someone, but in 2015 Indian government passed the Good Samaritan law which freed people who wanted to help from their worries of getting arrested or worse.

This is done precisely because Central Government considers it necessary to protect the Good Samaritans from harassment on the actions being taken by them to save the life of the road accident victims.

So if you help someone who’s had a road accident no action can be taken against you. Unless of course, you didn’t cause the accident.

If you want to read all about Good Samaritan law we’ve written the most detailed article you can find on the internet, check it out.

Incentives are the supposed money or award that the Good samaritan receives after helping a victim. It’s awarded for the recognition of bravery and compassion of that Good Samaritan which is a laudable effort by the government.

The incentive system has been in place in different individual states until now, notably Delhi which agreed to provide 2000Rs for people who help the accident victims as reported by Logical Indian.

Also, the state of Karnataka had a similar system to encourage the bystanders to take up action during these unfortunate events.

On 4th October 2021, the Ministry of Road Transport and Highways has come up with a scheme to improve the general awareness of the law through an incentive system.

As the official document which you can view by clicking here, States a 5000Rs incentive will be provided for every Good Samaritan who saves an accident victim.

As plain as the scheme looks as you read through the document there are specific conditions for one to be considered for this award. Some of them are

A National award for being a Good Samaritan.

Also, the scheme promises a national level award which aims to recognize 10 Good Samaritans every year and award them with 1,00,000 Rs.

Some of the major points of detail mentioned in the scheme

Name of the scheme

Period of operation of the scheme

The scheme will remain operational till the completion of the financial cycle, I.e till 31st march 2026

The objective of the scheme

To motivate the general public to help the road accident victims in an emergency, inspire and motivate others to save innocent lives

Any individual who has saved the life of a victim of a fatal accident involving a motor vehicle by administering immediate assistance rushing to Hospital within the golden hour of the accident to provide medical treatment.”

Procedure to be followed for selection

Release of Financial assistance by Ministry of Road Transport and Highways

MoRTH will provide Rs 5 Lakhs as an initial grant to the Transport department of the state/UT for making the payment for Good Samaritans. A separate bank account shall be maintained for this scheme by the state /UT

The fund would be released to the Good Samaritans by the state/UT transport department based on the recommendations of the appraisal committee at the district level. The amount would be reimbursed by the Department of Road transport on monthly basis.

THE SCHEME IS EFFECTIVE FROM 15TH OCTOBER 2021.