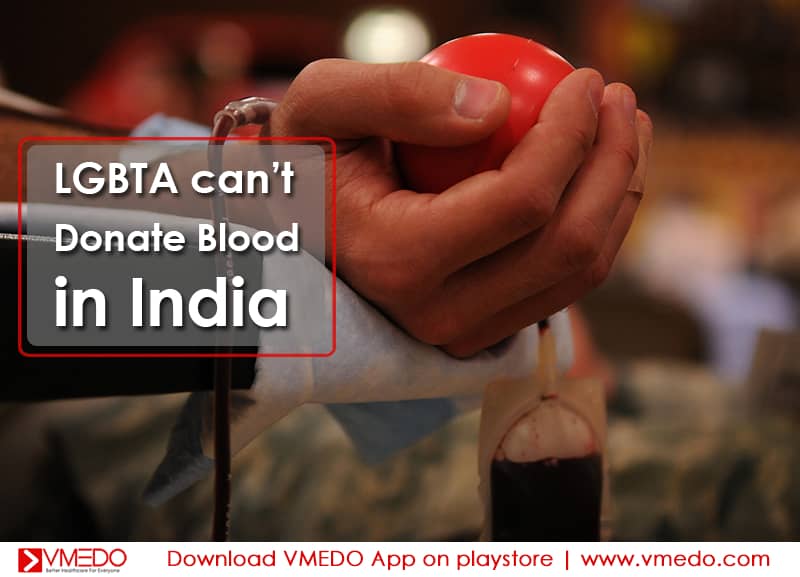 Blood donation can save lives, the blood that is donated is used to save up to three different people as the components of blood are separated and used to help in three separate conditions.

Considering the number of road accidents and the death toll each year due to lack of the specified types of blood unavailable in blood banks nearby, it is imperative to encourage the blood donors to come forward and donate blood.

Although there is a need to encourage donors from donating blood, according to NACO, the National Aids Control Organization, the entire LGBT community cannot donate blood. The reason behind this is that people with multiple partners are highly prone to the possibility of being HIV positive or testing positive for other STD, Sexually transmitted diseases. These individuals are been labeled as high- risk subjects when it comes to accepting blood donations from them.

The intention behind is to curb the transmission of diseases while blood transfusion, although there is a very real possibility that the person donating blood may not be gay and still have multiple sexual partners and no such mechanism exists to know if their blood too has the possibility of the containing deadly viruses.

But there are restrictions that people who have gotten tattoos on their bodies shall not be eligible to donate blood for at least six months to one year after the event citing similar reasons of possibilities of infection.

Also Read: Why Cristiano Ronaldo Refused Tattoos On His Body?

This news comes as a great shock to an already stressed blood bank resource since there is an urgent need for blood stocks in all blood banks and hospitals across India. The Lesbian, Gay, Transgender, Bi-sexual community has been barred from donating blood for now. It is hoped that we can say that this shall remain in effect until a mechanism to test and rule out the possibilities of STD; after which the ban can be lifted to add more donors to the reserve.

How To Save Someone’s Life During Diabetic Emergency ?