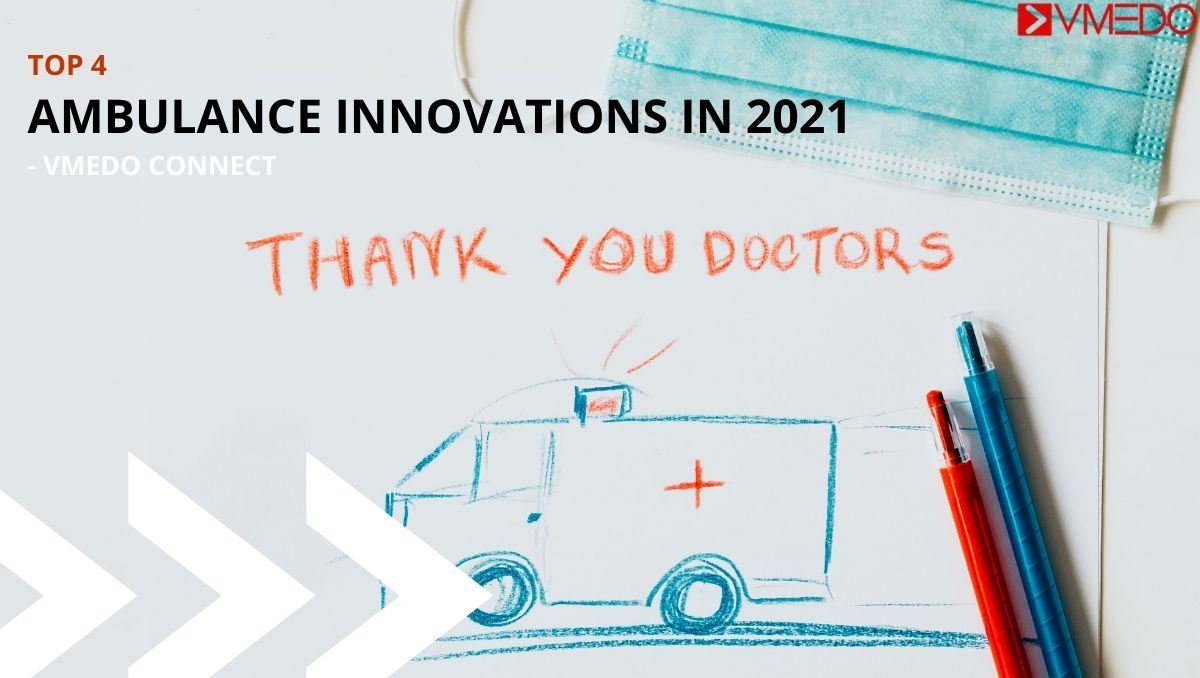 Ambulances have been here forever, they’ve saved millions of lives since their beginnings. All the wars and disasters have shown us just how important ambulances are to human survival.

VMEDO is an organization that operates ambulances across India. Till now we’ve served over 30,000 people and have 2000+ network partners across the country.

Everything changes on this planet, every gadget, every device ever invented changes for good. Innovation is the ultimate quality of human beings.

Similarly, Ambulance has also gone through different phases. From manual shifting of patients to Emergency air ambulances, here are some of the new innovations that are going on around the world, let’s go through them one by one.

Electric motor vehicles are going to be a 100 Billion Dollar business by 2026. Every vehicle we know has come up with an electric version of it’s design. From scooters to Auto-Rickshaws we are seeing an array of vehicles getting converted to electric.

Electric ambulances are a great idea as they reduce the emission of green house gases and provide a better condition for an ambulance to operate in as they’re not dependent on fuel all the time.

NHS which is a government-backed free for all healthcare from Great Britain which is also one of the leading institutions in emergency vehicle innovation has taken out 20 Million Pounds to develop electric ambulances in the years to come.

We are sure to see Electric ambulances on the streets sooner or later but we thing it might be sooner than we thing considering the rise in petrol prices.

Real time emergency tech helps medical staff to be connected with hospital through visual and audio media from inside of the ambulance.

High resolution video calling can help doctors get better understanding of the patient in the ambulance which will lead to better treatment.

Now doctors can monitor the patients remotely and suggest the treatment more efficiently. The next part of the technology holds the key to unlocking the potential of tele-medicine

The problem with the tele medicine today is the lack of network and lack of speed.4G LTE Network is also unable to reach the level of details required for medical operations.

5G connectivity will help medical information to be transmitted at higher speeds. Now, EMTs inside the ambulance can share the patient’s vitals with doctors online before reaching the hospital.

Usually emergency ambulances are helicopters that doesn’t occupy a lot of space to land and take off. The concept of Emergency air ambulance is a relatively new concept in India.

There are a lot of new things going on to implement emergency helicopters and we might see them in the years to come.