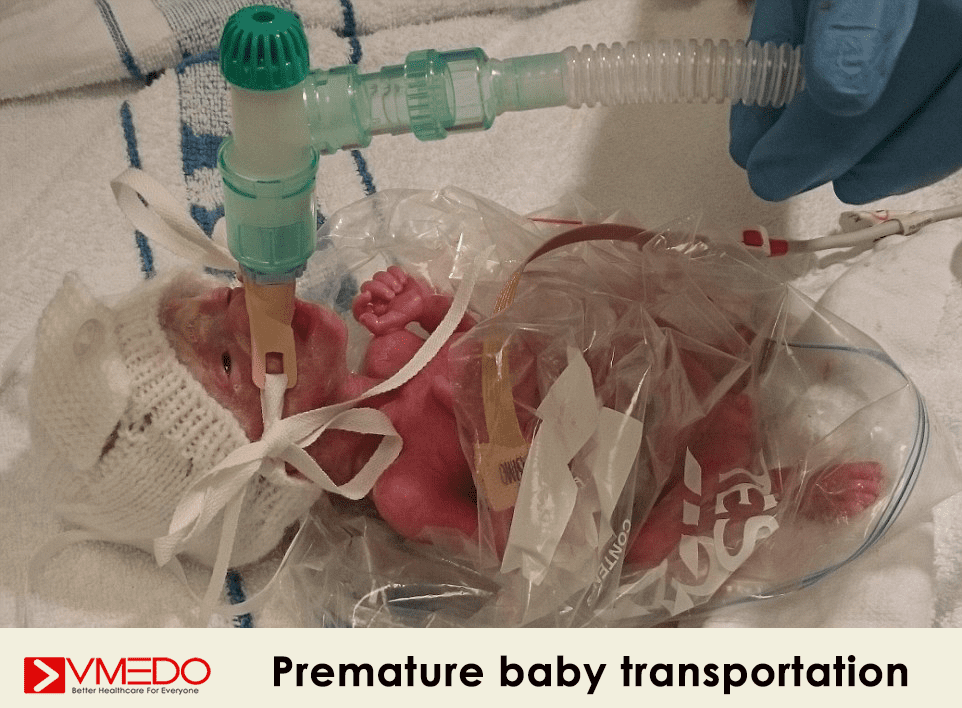 There is no bigger joy than being proud parents. Holding their bundle of joy in their hands is every parent’s dream. But sometimes circumstances change and every one of these joys can come into question.

A premature baby was born to a couple and they soon found out that they could very much not afford to stay and take care of their baby there. A premature baby needs to be kept on constant vigilance.

The parents were faced with the rather helpless situation, a private hospital and its bills that they could not afford and the risk of moving their premature baby to another place in the city. They reached out to various people in trying to arrange for inter-facility transportation or a neonatal ambulance that comes equipped with all the necessary medical equipment that can ensure a safe transportation of the premature babies. But to add to their woes they could not find any ambulance that day that could cater to the baby’s needs.

When their frantic cries of help reached VMEDO, they tried their best to arrange for a neonatal ambulance that could aid them in their interfacility transportation but could not arrange for one.

Also Read: Now we have Neonatal Ambulance in India to transport premature babies

The helpless cries of the parents prompted VMEDO to check for other options that were wrought with risk. There was still light at the end of the tunnel for the couple and their baby as the VMEDO team consulted with an experienced doctor about the case and when he examined the condition of the baby, he suggested that it was still possible that the baby could be transported to another facility using an ambulance but using an AMBU bag to aid its breathing in the interim but also informed that such a procedure was indeed risky.

It was indeed a risky transportation but VMEDO team put together an experienced doctor and a trained paramedic and in the relative safety of the night were able to transport the premature baby to another hospital by effectively using the AMBU bag as a mechanical ventilator throughout the journey. The ambulance was instructed to drive very slowly and after a two-hour ordeal they did so, with the premature baby safe and sound.

In view of the financial conditions of the parents, VMEDO charged a very nominal fee to aid in this inter-facility transportation, that was successful even though it was wrought with risk and danger.

This certainly brought a smile of happiness on the parents and also on the VMEDO team.

Did You Know These Surprising Reasons That lead to Infant’s Death ?

Equipment required for ambulance room as per factory act 1948

Forget The Pain Of Hunting For Blood. Get This App!

Everything you need to know about Ayurveda