How VMEDO is solving Ambulance accessibility problem in India 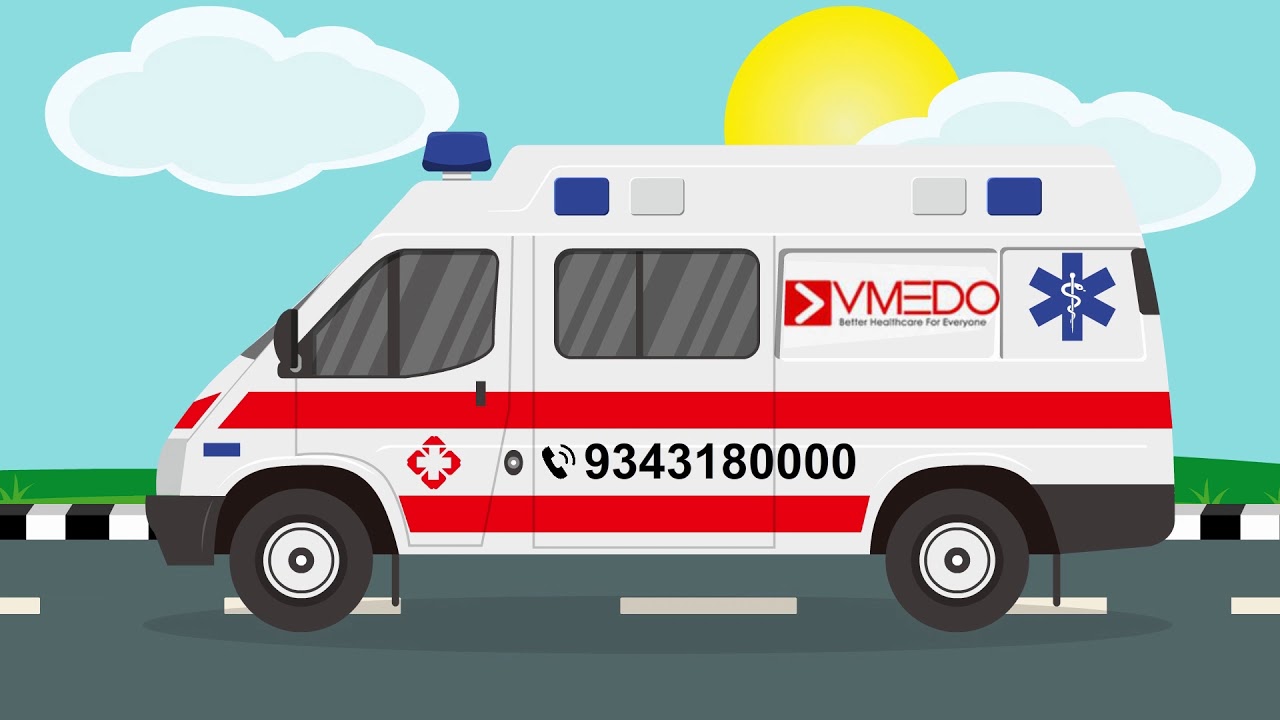 “Ambulance”, they’re not a welcome sight to any of us. We never really give much thought about Ambulance until we get to a point where it becomes an absolute necessity.

In that situation where you’re nervous, afraid, and helpless, you find out Ambulance is not what you thought it was. It doesn’t arrive in 5 minutes, you won’t get the smooth response you want, or maybe you can’t even get through to them.

Let’s see the problems we face when it comes to Ambulance service in India.

Infrastructure is a broad word, so is the problem. Simply put, we do not have enough ambulances and proper connectivity for the population we have and this will only get worse in the years to come.

Ambulance infrastructure is one of the complex things there is. It’s not a taxi, you need to have specific equipment and trained personnel to be even considered as an ambulance, which sometimes cost more than the vehicle itself. Even though Government-sponsored ambulances have this equipment to somewhat level, still we require a lot of investment in this field.

Transportation Infrastructure: Let’s just consider a metropolitan city like Bangalore, which has 8 Million vehicles on road every single day. If you’re from India especially from a city, you have a clear idea of the condition of roads here; although it’s improving we are nowhere near the satisfactory state.

Traffic is also one of the major problem ambulances face on Indian roads, due to the lack of public transportation services we experience traffic jams at least 10 locations in Bangalore for hours. Operating ambulances in this traffic become next to impossible.

Yes, we have a Public Emergency system, there dedicated SOS numbers to get connected with them. Creating this large quantity of public networks in a country like ours is a huge task and it’s really commendable that our governments have that system to facilitate Ambulance.

But, the challenges of connectivity are immense. Public EMS receives millions of calls every day and most of them are spam. So even reaching out to emergency lines during peak hours or unusual situations become extremely difficult.

Location identification is also one of the most problematic areas of ambulance operation, without specific ambulance data to the operator, the response time varies exponentially.

We don’t use Ambulances, we tend to use private vehicles even though we have little or no idea about emergencies, and we should mention that public ambulances only operate during emergencies. They don’t provide services such as Patient shifting and other kinds of Non-emergency transportation. Most of the people use an ambulance for these reasons compared to emergencies.

Also, People end up paying more for ambulances compared to other types of transportation. There are no standards set for this service. There are more chances of getting exploited when we book an ambulance because we don’t think about money during medical emergencies.

How VMEDO is trying to solve these problems using Technology.

VMEDO is solving the problem by building a network of private ambulances across the country including Tier 1 and Tier 2 cities. By having this huge network it becomes easier for us to assign the nearest ambulance without having to face traffic and other transportation issues.

Till now we have built a network of over 2000 ambulances and Provided Ambulances to more than 25000 people.

While onboarding Ambulances they have to have standards set by VMEDO. We categorize our Fleet into three different types, ALS (Advanced Life support), BLS (Basic Life Support), and PTV(Patient Transport vehicle).

After onboarding, the Ambulance VMEDO supports them by providing periodic training programs and Insights on Fleet Management. We constantly update our Terms to match the standard operating principles by WHO.

The first and foremost thing during any accident that ambulances should get is the accurate location. No one will have time to explain the location details.

To solve this problem we use GPS and W3W Location services. As we all know GPS is a worldwide standard to gain location data. When a customer requests for ambulance through our application we immediately get to know the accurate location of the person in an instant.

We also use the revolutionary W3W system in which earth is divided into 3X3meter squares and a specific 3-word code is attached to each and every square. This is extremely easy to know and track.

We have a common number (9343-180000) through which we receive calls unlike Independent Fleet operators, Ambulance being a very on-demand, situational service having a single contact number helps booking easier. Also, our IVR is routed to Multiple executives, so we are never busy.

Every Ambulance that partners up with us must compulsorily have GPS and it should be turned on at all points of time. Through this system, we know where the ambulance is at any given point of time. Also, we get to know the nearest Emergency room along with an amazing response time it promotes patient recovery quickly within the golden hour.

None of the calls we get go unanswered or unnoticed. We have our own Dispatch management system through which every call, every request gets recorded. Along with Dispatch, Data Management is a huge part of the ambulance operation, we record everything from source, destination, time, type of service, Patient details, and also all the important Equipment data needed to dispatch an ambulance.

As we said earlier it’s not exactly a taxi, we need someone in the intermediate state to record the data. Someone may need an ambulance with oxygen support or a ventilator; someone may even need a Neonatal ambulance, So we need someone in the middle who can properly understand the medical jargon and guide the ambulance driver. That’s where our Triage team comes in, we have a trained triage executive who understands the conditions and dispatches the right kind of ambulance.

We have a Cross subsidized pricing system and we always adhere to that. Whatever the time is, wherever the location is. Which doesn’t exploit the customer, helps those who can’t afford, and also beneficial for the vendor.

We have an inbuilt wallet system with our DMS, which also gets updated to the vendor. It’s transparent and doesn’t have any ambiguity with respect to payments.

Due to our DMS, we receive a lot of data regarding ambulance and Emergency operations. We have used this data to position out an ambulance in such a way, it reduces the response time and also improves the effectiveness of service.

Data is the cornerstone of any business operation nowadays, and we have been able to optimize a lot of things including positioning, type of ambulance required, and also the right equipment needed.

Usually, it takes at least 30-40 mins for an ambulance to arrive at the spot of accident till then it’s the people around them who have to assist them, but people don’t have any idea of how to handle an emergency situation.

A lot of death happens due to improper handling of patients during accidents, so we have come up with our own First aid workshops. we concentrate on various emergencies from Road accidents to snake bites so that no one will be affected during the earlier stage of an accident and gets some basic assistance.

Ambulance services we are offering

There are still a lot of issues to be addressed in our country when it comes to Healthcare, especially emergency healthcare. Infrastructure should be improved in order to serve the booming population and also optimizations need to be done to properly utilize those services effectively.

Emergency Medicare is one of the most basic requirements of a human being in this fast-paced life. We lose more than 50,000 people due to road accidents every year in which at least 40-50% of lives can be saved with proper emergency response.

VMEDO is trying to do exactly that, our aim is to get Emergency Medicare accessible and affordable to everyone on the planet.

“Let’s build a healthy world together”