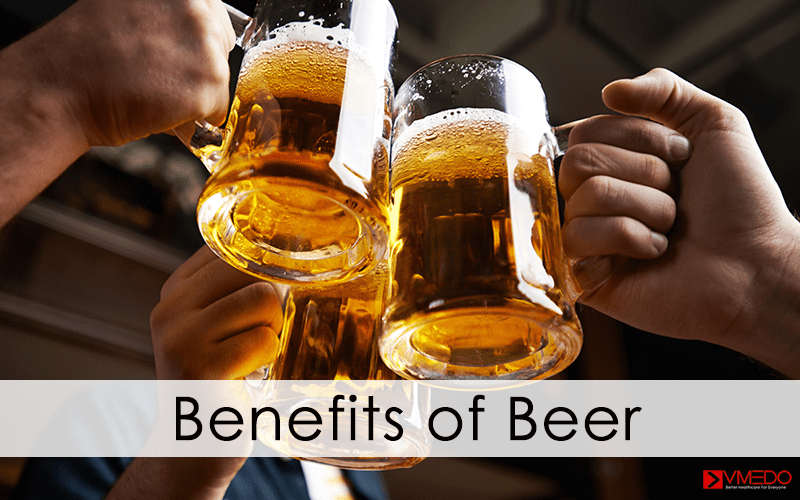 Anything done in moderation is always the right way forward. Be it eating, sleeping or even drinking beer. Yes, you heard it right.

Drinking beer in moderation can have a positive influence on your body. In various parts of the world, beer is a very common type of drink. The trend seems to be catching on in India too.

Beer, the magic potion is normally brewed by using malted barley/wheat along with hops, yeast, and water. The yeast breaks down the sugar content into waste products- Carbon dioxide and beer. Beer contains various vitamins and minerals and also a large number of calories and alcohol levels depending on the stage at which the yeast is introduced.

Now, coming to the point- how does consumption of beer – aid our health.

But beware, although the picture seems rosy, the disclaimer remains that “moderate consumption of beer “is good for health.

Although it is a benefit, care must be taken that pregnant women do not consume beer, during pregnancy and also in post-pregnancy care as well.

Also Read: Your emotions shall definitely affect your unborn child

Be careful and Don’t Drink and Drive. Be a responsible Drinker and leave early, while the drinking of beer is still at the moderately healthy threshold.