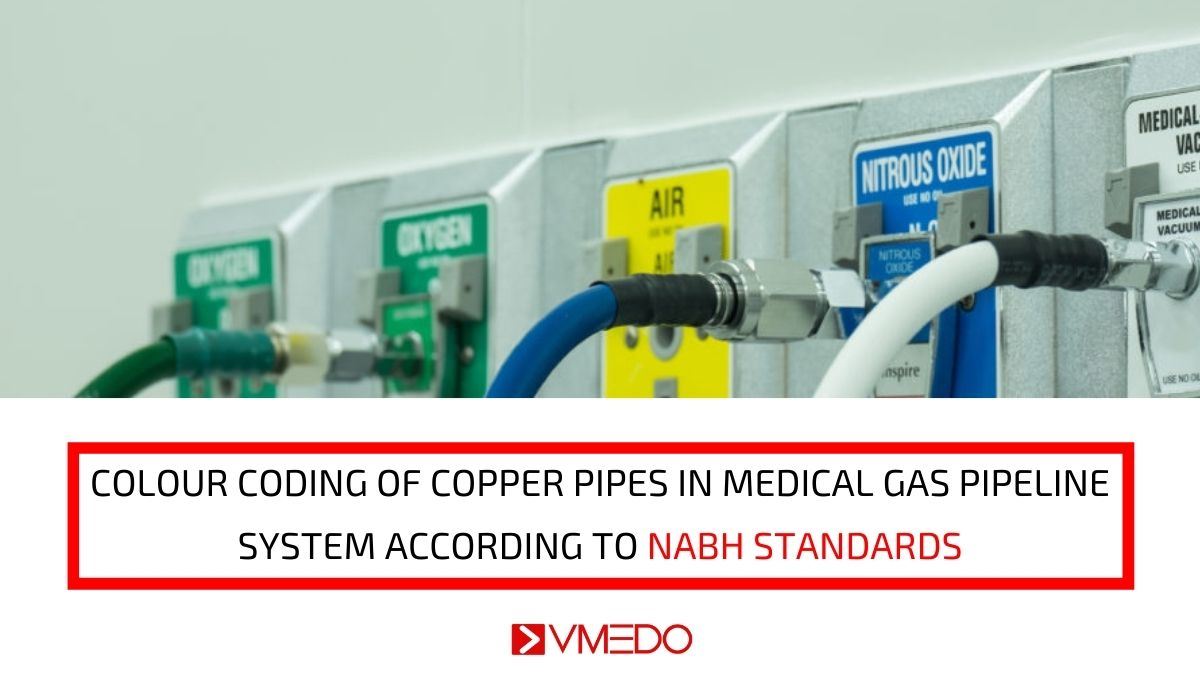 What is medical gas pipeline system?

There will be a centralized system of gas storage which will supply gases to different areas of the hospital according to the need. Since using high-pressure cylinders of medical gases proved to be unsafe and costly. The majority of the hospitals have shifted to a centralized system in which pressure can be monitored and controlled much efficiently.

There are varieties of Medical gases depending on various functions of healthcare; we’ve listed below the major types of gases of the medical gas pipeline system.

Read more: How to setup medical gas pipeline in India

Why are gas pipes labeled with different colors in the medical gas pipeline system?

The medical gas pipeline is a complicated system consisting of a variety of gases, it is obvious that all the gases are impossible to identify for the naked eye. Also, it is important for them to be labeled because of the sensitivity of their operations, using a different gas for a different function can cause fatal errors while treating a patient.

It is also important to code the pipes so that it’s easier to plan, install and repair.

Is colour coding of the pipes similar all over the world?

No, there are some differences in colour coding when we consider ISO and the US system of coding. In India, we follow the ISO system

refer the image below for more information

What are the different colors associated with gases present in the medical gas pipeline system?

Nitrous oxide is used via an anesthesia machine; it gets mixed with oxygen and other gases while operating. Due to its purpose, nitrous oxide outlets are always put only in operation theatres. Cylinders and pipeline of Nitrous oxide are always denoted by Blue color.

Slightly higher pressure on Medical air is also used in the medical gas pipeline system. It is used in applications where pneumatic devices such as a Bone saw and Tourniquet are used. Even this Medical air is represented by Alternative White and Black stripes.

The vacuum is used to drive suction related machines in any hospital. The negative pressure generated by Vacuum gets utilized in the anesthetic scavenging system. Vacuum pipes are coded with yellow color for better identification.

To setup a medical gas pipeline call 7406000610 for further assistance.

Being a night owl may be killing you

Know These Things Before Planning Funeral Services For Your Loved Ones

Cost of an Ambulance Stretcher